A MATTER OF PERSPECTIVE

“But, I nearly forgot, you must close your eyes
otherwise you won't see anything”

Alice in Wonderland, Lewis Carroll
Perspective is a strange thing. Depending on your point of view, you can look at the same object as me and observe something entirely different. To use a common example, I might look at a glass in which water reaches the halfway mark and feel that it is half empty; you might consider it half full. Our experiences, mindset, priorities, values and such, very much affect the outcome of how we allow ourselves to look at a situation, person, object, and even how we allow the truth of the Bible to influence or change us.

In one sense, you will never see things from God’s point of view, from the point of view of Bible Truth, until you close your eyes: that is, switch off your own natural perspective, and allow the light of the Word of God to change and direct you.

Timmy Trial’s perspective changed when he trusted in the Lord Jesus for salvation and let go entirely of his own ideas; his sense of other things changed too…

‘Timmy put on the pieces of the armour that Mr Weighty provided for him. At last he could see the armour of God that the others had talked about and that he had scorned; and he put on his armour as if it was the greatest honour in the world.
That weary walk through the darkness of Err was nothing like the wandering of the night before. They were not lost or full of fear or doubts: because they could always see the cross before them… They held their Bibles in their hands for light and only occasionally commented about the fact that they were no longer travelling in Mr Weighty’s wonderful Rescue Craft.
Timmy didn’t comment at all.
He walked with his eyes fixed on the cross…’

As Christians, the centre of our vision, of our changed perspective, should always be the cross of the Lord Jesus Christ. And so, it is to the cross that the children are first led when they return to Aletheia.

‘Redemption Square was deserted when at last they reached the top of the long hill of the city of Aletheia and stood near the cross. A few of the windows of the shops and houses clustered around the square twinkled with light but everyone was indoors and most people had already gone to bed. Harold led them to the cross and they climbed the steps to the top, to the very foot of the cross, and looked out over the whole land of Err.
“It’s the best view in the land,” said Harold. “Best because you can see the most, and also because you can feel the most. Here you can feel the right amount of compassion and anxiety and even righteous anger about Err, because you’re close to the cross.”…’

‘For what you see and hear depends a good deal
on where you are standing…’
The Magician’s Nephew, C. S. Lewis 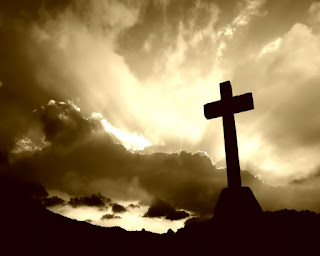 How near I stand to the cross will determine my perspective on the world around me. I might have compassion for those who are lost, remembering how much was sacrificed for their salvation; or disgust for those fallen into sinful and evil snares, forgetful that I was once one of them. It will also affect my perspective on myself. There is no room for pride at the cross: I am simply a slave set free through the work of Redemption.

‘God forbid that I should boast except
in the cross of our Lord Jesus Christ…’
Galatians 6:14, THE BIBLE

TO BE CONTINUED - NEXT BLOG:
WHAT HAPPENS WHEN TWO WORLDS COLLIDE

Posted by Eunice Wilkie at 08:25 No comments:

Do you ever use a Thesaurus? I find it helpful in writing – because it’s painfully easy to fall into the trap of using the same words over and over (and over) when you could mix things up, add interest and drama and colour, by using very similar words that essentially mean the same thing. In fact, I think it’s actually more likely that I use the same words again and again (and again) when I’m writing, because they’re already fresh in my mind as they’ve just been used! Anyway, my handy Thesaurus offers far more choice of similar words than I could ever dream up, and it’s one of the most used books I have to assist me in writing. 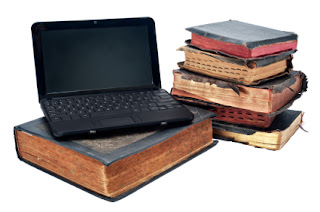 I am, of course, referring to the use of synonyms. The ‘Longman Compact English Dictionary’, states a synonym is…
‘any of 2 or more words or expressions…
that are used with (nearly) the same meaning’

I’m afraid I’m no linguist, and am sadly ignorant of how English compares to other languages, but I was intrigued to learn (through a quick search of Google) that,

‘Modern English has an unusually large number of synonyms or near-synonyms, mainly because of the influence of very different language groups: Germanic, Romance languages (Latin, French), and Greek.’

But, although several words in English can be used interchangeably, that doesn’t mean that there aren’t subtle differences in general meaning. One word can reflect a shade of truth or emphasis that is lacking in another. This is recognised by Jane Austen when, writing in Pride and Prejudice, she asserts,

“Vanity and pride are different things, though the words are often used synonymously. A person may be proud without being vain. Pride relates more to our opinion of ourselves, vanity to what we would have others think of us.” 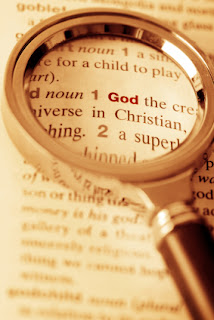 I used to think that the different words the Bible uses to describe the message of God's salvation all meant the same thing: that words such as redemption, forgiveness, justification, substitution, born again, salvation, sanctification, propitiation ...... were essentially synonyms and that, if you had a Biblical Thesaurus, you could simply substitute one for the other. Perhaps that is possible in some instances. But there are distinct and wonderful differences behind these Biblical words – and they are intended to describe different aspects of Bible Truth. In other words, there is so much meaning in the work of Jesus Christ on behalf of the human race, that there are many different words and pictures needed to portray all its incredible depths of truth.

The differing aspects of the work of the Lord Jesus was what first set me on the path to write adventure stories which would delve into essential features of Bible Truth. Each book has a different theme. As you may have noticed in the previous blog, the first book in the Aletheia Adventure Series looks at Redemption: being set free from the slavery of sin, bought and paid for by a different Master.

‘Redemption is being purchased by God instead of being owned by sin; being set free from sin to belong to God instead…’

There is a passage towards the beginning of the story of the rescue of Timmy Trial when he first comes to the cross in the centre of Aletheia. Christian Rescuer, Harold Wallop, tries to explain a little of the truth of Redemption.

‘The many steps that led upwards to the cross glinted curiously in the sunlight.
“It’s because of the chains,” Harold explained the glinting steps. “People leave the chains of sin behind them when they trust in the Lord Jesus. He breaks the chains and sets them free! That’s part of the truth of Redemption.”
There were so many, many links of chain that formed the smooth steps that led upwards to the cross in the centre of the square. Countless cruel chains that now lay broken and shattered in pieces because the Lord Jesus had paid the awful price of the punishment of sin so that people who trusted in Him didn’t have to pay it themselves…’

Timmy doesn’t understand the significance of the cross, and certainly not the value of Redemption. First he must change his entire perspective. And that is the subject our next blog A MATTER OF PERSPECTIVE.
Posted by Eunice Wilkie at 09:51 No comments: