‘Jack looked at Mr Duffle curiously. In one hand he was clutching a handful of small sticks and twigs on which he had made carvings. He solemnly handed one to Jack without seeming to know what he was doing…’

Very often, the most valuable things in life are the most overlooked and undervalued. In fact, they generally have no monetary value at all. And yet they are frequently things that most affect our spiritual wellbeing and peace of mind. Love is like that, and friendship, loyalty, kindness, wisdom, advice, health, family, home, freedom…

From a Christian’s perspective, there are invisible things that make up the spiritual wellbeing of a person. These are not merely things of psychological comfort; they are real, powerful, life-changing matters – because they are based on faith in the true character of a living God. Prayer is a good example of this. It is not that the act of praying simply brings mental comfort, it is the fact that God hears, and is able to answer, prayer.

When it comes to depicting things of spiritual value in Aletheia, sometimes the things that are worth the most are hidden beneath ordinary, even despised, objects.
As our two schoolboy characters, Jack Merryweather and Timmy Trial, start to explore the mysteries of Aletheia, they meet a peculiar old man called Reuben Duffle who seems like nothing at all. Just an odd, ancient, feeble man. He offers both boys a small carved stick…

‘Jack put his carved stick in his pocket.
“Silly old duffer!” muttered Timmy. He threw the small stick he had received from Mr Duffle onto the grass at the side of the road. “Barmy!” he said.
Jack stooped and picked up the twig that Timmy had thrown away. He put it in his other pocket. He wasn’t sure why he picked it up, except that Mr Duffle seemed to think that it was of value and somehow it didn’t seem right to throw it away.
“Mr Duffle was the Chief Rescuer in Err many years ago,” said Mr Wallop. “He faced dangers and fought terrible things... And now Mr Duffle is a man of prayer. He’s still a warrior in his own way…’

The invisible, powerful weapon of prayer will be key in the battle the two boys will face in the rest of the story. Old Mr Duffle had proved the effectiveness of it, and offers his prayer support, pictured by the sticks, to Jack and Timmy. Do they understand the power of prayer? Will they remember to use this powerful offering when the time comes…? A peep further into the story shows us the consequence of using these seemingly innocuous sticks. Poor Timmy, having dismissed the truth of the Bible, has no defence against the terrible, frightening Snares. He has fallen into their trap, succumbed to their authority, and they have every right to take him captive… 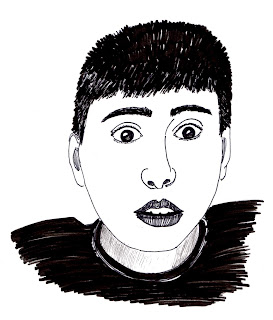 They dragged Timmy away from the tree…towards the darkness of the forest. He put up a good fight with his punches and his kicks and his loud shrieks of protest but the shadow creatures held him unrelenting in their grasps and his protests only amused them…
“Your pocket, Jack! What’s in your pocket?” screamed Timmy. “Give them money to let me go!”
Jack felt in his pocket for something, anything to help Timmy who was slowly being taken further and further away into the darkness of the forest. He knew he had no money but curiously his fingers closed around the small, carved stick that old Reuben Duffle had given him in Aletheia. With sudden inspiration Jack threw the stick with all his might toward the Snares. To his astonishment it did not land short or float aimlessly through the air, but it flew like a rocket from his hand and…
BOOM!
There was a sudden explosion of white light and sparks and what even looked like fireworks. Snares fell away from Timmy in astonishment and terror and Hezekiah gave a sudden cry of excitement. Timmy yelled in triumph as he leapt free of their hold and made a dash for freedom. It seemed he would gain it too. For a moment the Snares were utterly dismayed.
“A prayer!” one hissed.
“Who’s praying?” another asked fearfully.
“Are there more prayers coming?”
“We can’t take him against that type of prayer!”
The Snare leader was re-gathering his troops and watching carefully as Timmy almost reached Jack and safety.
“Run!” shouted Timmy. “Run for your life!”
Shadows don’t worry about boys that run. They merely glide after them. The glinting eyes of the Snare leader looked victorious.
“There are no more prayers,” he hissed. “They wouldn’t need to run if there were! Take him now!”
“No!” screamed Timmy. “Throw something else! Jack!”
“It was the stick!” gasped Jack. “The stick Mr Duffle gave me! They must be to do with him praying for us!”
Timmy looked aghast. “I threw my stick away!” he said in a piteous voice. “I didn’t know they were special! How could I know? He was just a mad old man…!”…’

TO BE CONTINUED - NEXT BLOG: MORE SMALL STICKS